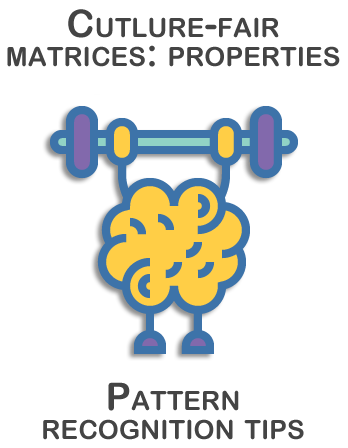 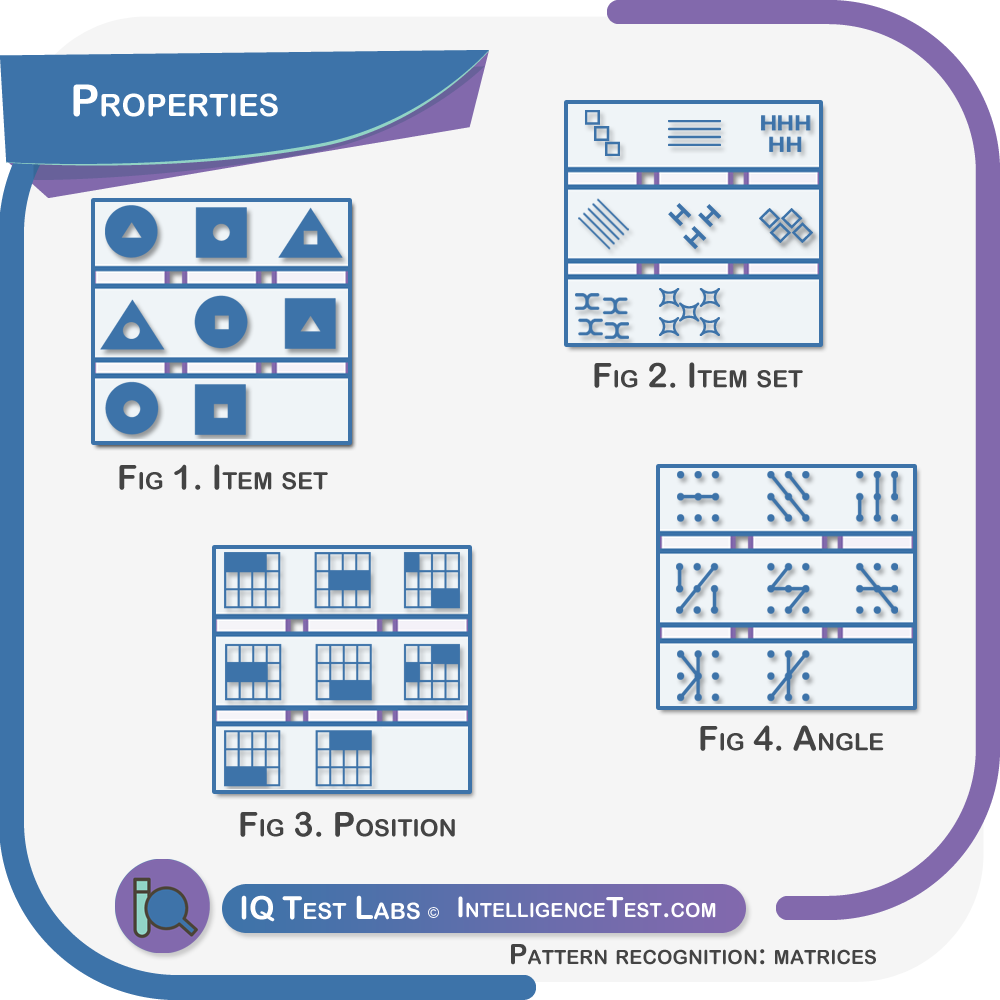 Squares move to the right and down one row.

When there is no more space, the leftmost cell moves down a row.

Rows one and two: The half-lines and the complete line move CW.

Row three: The complete line moves CW. One of the two half-lines moves CW and the other CCW.

Properties are often associated with specific items, zones, and actions.

Items: Item sets emerge from identical items or emerging themes in a group of items.

Zones: A constant applies to a whole matrix when all the cells contain the same number of matching items.

Actions: Position is mostly associated with move and rotate.

Items: Lines are most often associated with angles.

Zones: Due to the complexity of distinguishing and comparing angles, the angle property appears mostly in rows.

Actions: Angles are usually formed due to the rotation of lines.

Items: Size applies to both lines and shapes.

Actions: The size property is associated with 'resize.'

Actions: The direction property is usually associated with 'rotate' and 'mirror.'

Test your skills with these worked examples!