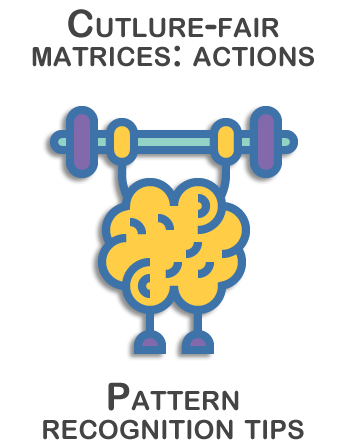 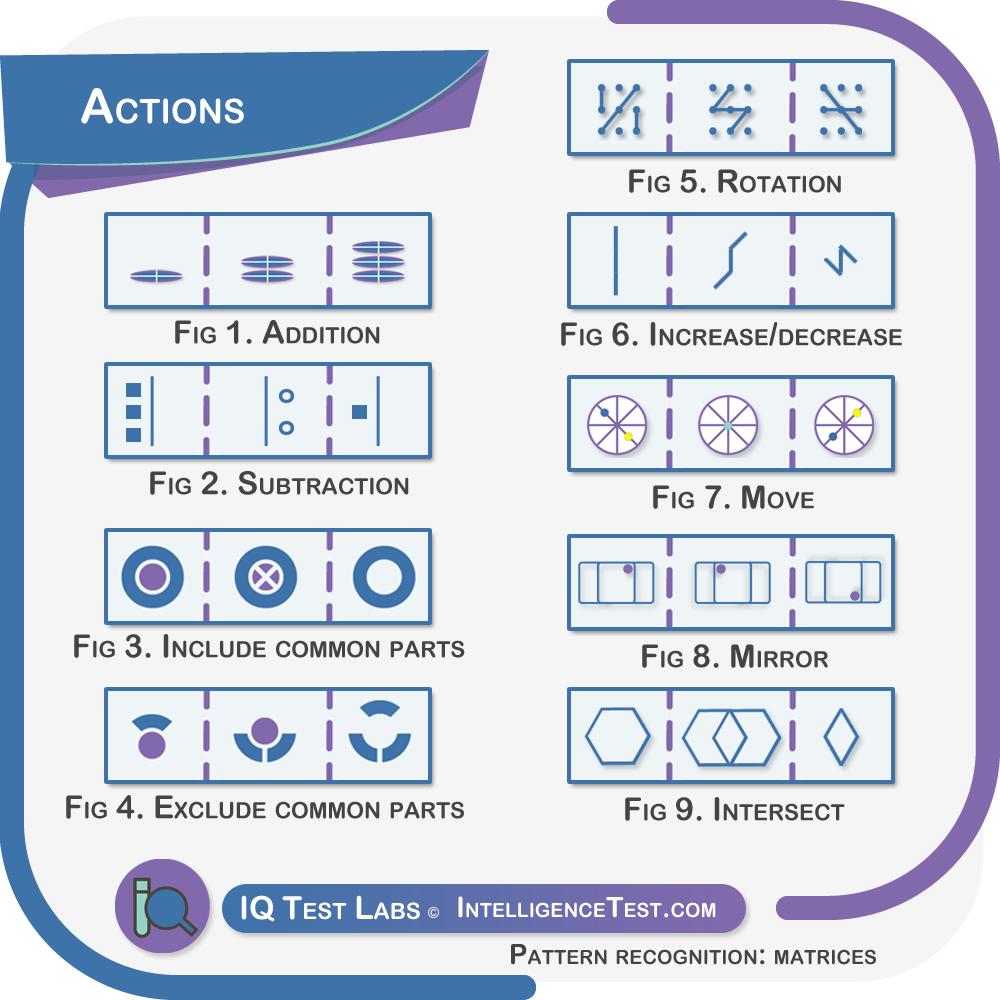 The third column is the sum of the ellipses in the first two columns.

The rings are subtracted from the squares.

The ring is what is common to columns one and two.

The dot is excluded from the third column.

The line and the two half-lines are all moving CW by 45°.

Each dot first moves towards the center, then outwards.

Relative to the first column, the second column is flipped across a vertical axis.

Relative to the first column, the third column is flipped across a horizontal axis.

The intersection of two hexagons creates a diamond shape.